Read what 1976 CUNY BA grad Regina Mullen has to say about her time in the newly established program. 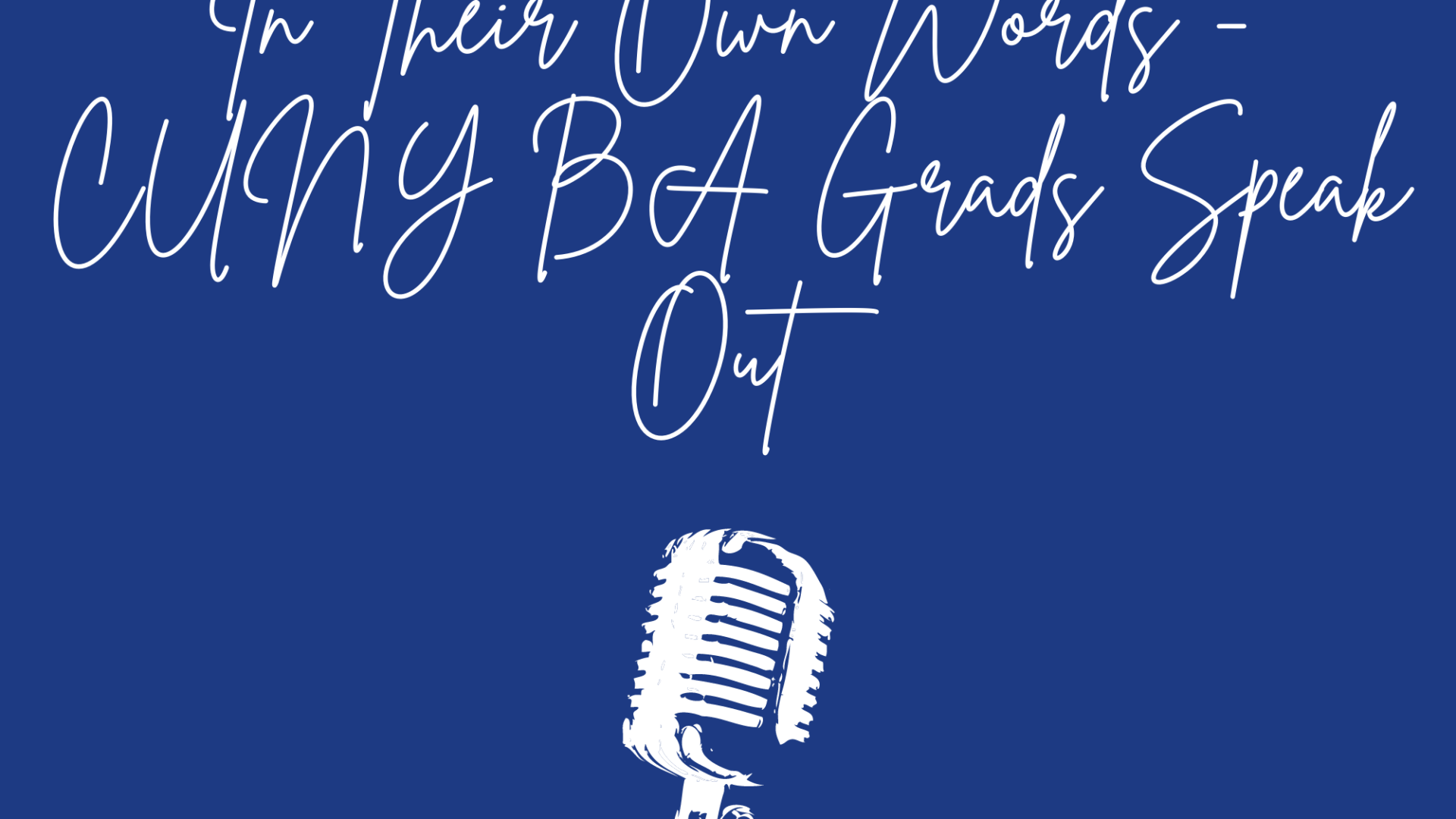 I graduated from CUNY BA in 1976, got into it in 1974. I was doing those interviews in 1973, so the program was incredibly new. I was doing social work but took film as an elective and fell in love with film. But I was interested in audio engineering and thought I couldn’t do that because women didn’t then, and still don’t that much, and so I thought, sound for film, and I talked to my advisor Dick Tomkins at Hunter College, and he said, CUNY BA. There weren’t enough sound classes in the film department  to get an audio degree. Part of my job was to have an internship … and they hired me for my career… so it works, the program works!

An important thing I took out of being in a CUNY BA program was the breadth of possibility in life, when you’re 18 you feel like, ‘how do I know what I want to do for the rest of my life…’ I’ve had 3 careers…my AOC, Hunter College, and my internship gave me the self confidence to do something else.