CUNY BA alum John Hughes says, “I applied to be the student speaker at the (CUNY BA) commencement at Cooper Union; I was shocked when I was accepted! I spoke on 6/7/2005 right before the Deputy Mayor. It was overwhelming but I got some laughs and many people thanked me afterwards.” Read the entire speech here. 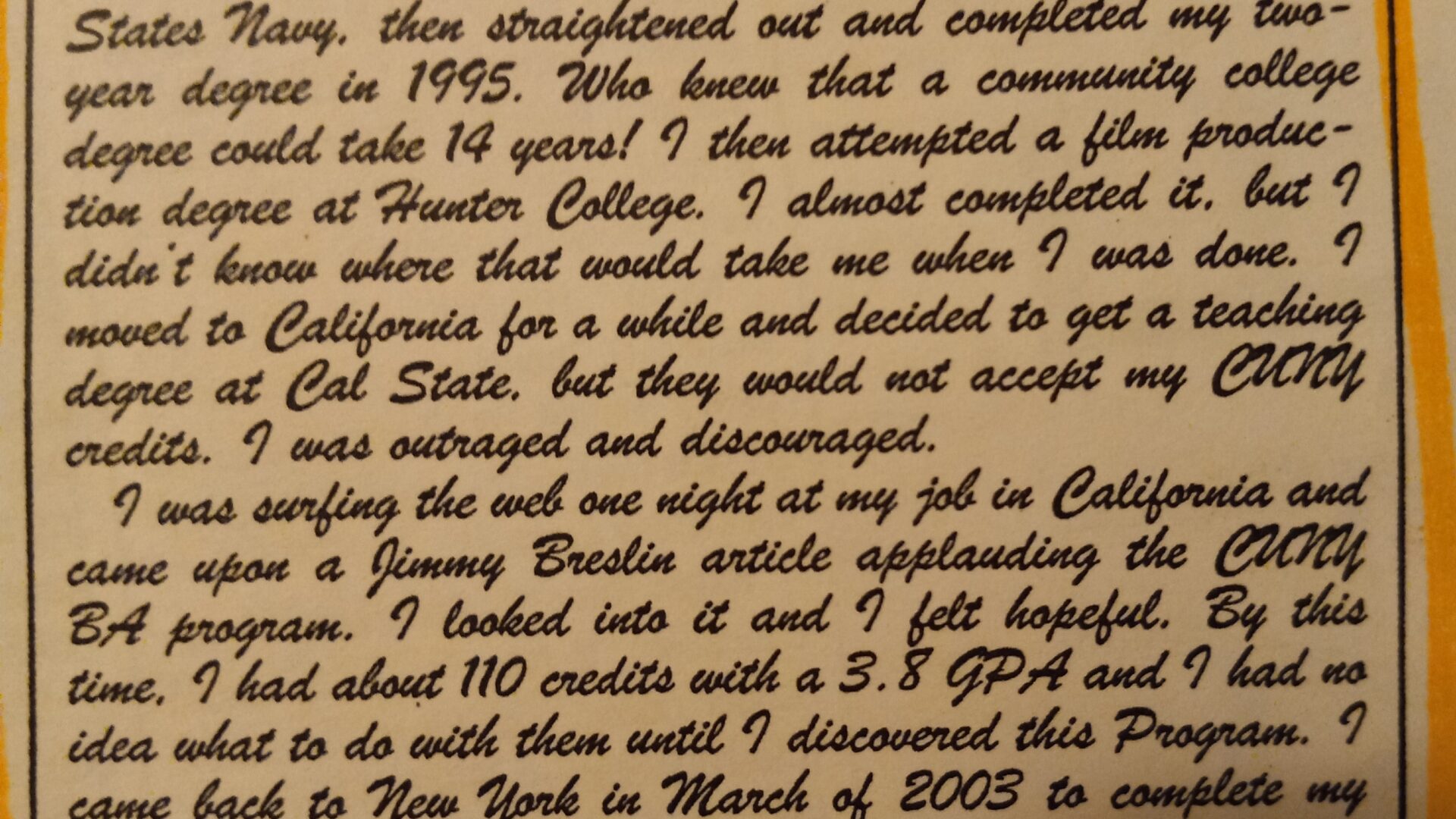 I would like to express gratitude for the existence of the CUNY Baccalaureate Program, and for several of the professors I have met on my journey. If all goes well, I will have my CUNY BA degree completed by May of 2005. It is hard to believe.

I started college in 1981, switched my major multiple times, abused mind-altering substances, ran away to the United States Navy, then straightened out and completed my two-year degree in 1995. Who knew that a community college degree could take 14 years! I then attempted a film production degree at Hunter College. I almost completed it, but I didn’t know where that would take me when I was done. I moved to California for a while and decided to get a teaching degree at Cal State, but they would not accept my CUNY credits. I was outraged and discouraged.

I was surfing the web one night at my job in California and came upon a Jimmy Breslin article applauding the CUNY BA program. I looked into it and I felt hopeful. By this time, I had about 110 credits with a 3.8 GPA and I had no idea what to do with them until I discovered this Program. I came back to New York in March of 2003 to complete my degree, 23 years in the making. My goal after this is to go to Hunter College for a Master’s degree in school counseling.

I would now like to applaud all the folks who are fighting the good fight in attempting to get their degrees in later life. It is very challenging but so much richer. It is indeed worth the sacrifices.