A Message from Kim J. Hartswick, PhD upon his retirement as Academic Director of CUNY BA 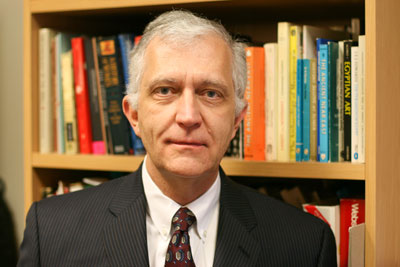 When I began as the Academic Director for CUNY BA, I frankly never considered that 15 years later I would be retiring from this position. Most of my entire academic training and professional homes had been in private institutions. CUNY was, therefore, a new academic environment, and for the first time in my career I was not a classroom professor but instead a full-time administrator. Also, I knew little about CUNY as an institution or about the CUNY Baccalaureate Program, as it was then called. How I actually was chosen for this role is still a mystery!

As a Greek and Roman archaeologist I am by nature someone who is interested in the past and in the details, so I started where I was most comfortable – getting to understand the terrain and its history. Fortunately, there were drawers of archival materials that I “excavated” to learn as much as possible about the history of the program, and I spoke individually to staff members about their roles and their personal interests and concerns. I also was fortunate to have a deputy director, Beth Kneller, who had been with CUNY BA for years, who was my source for all things CUNY and a true collaborator and confidant about the functioning of the program

The staff was clearly committed to the students and to the program but I soon recognized they were being underserved and neglected. The atmosphere was somewhat a siege mentality of hunkering down and staying under the radar. As I learned more over the first several months I was astonished that all processes were being accomplished by hand and much of it on paper.

We had computers but they, as well as our printers, were slow and out of date. So, my first challenge (and success) was to advocate for these, fighting hard to be sure that everyone received new work stations. I believe this laid the foundation that we could accomplish things through perseverance and working together as a team – and by being vocal and determined. We were all in this together and I was only the facilitator who would attempt to make the program move forward with continuous progress – increasing and solidifying its academic quality, its visibility in CUNY, and its security and viability within the Graduate School and University Center. This was not always an easy task because CUNY BA, as a small program within a behemoth organization of more than half a million students, could at times get lost among the crowd.

Now in its 50th year, CUNY BA remains, I truly believe, an exceptional and valuable asset to CUNY not only because it is the first and only CUNY-wide degree but also because it is a program that is innovative, flexible, and an incubator for new academic fields of study. It is able to meet the needs of students who wish to think outside the box, have a true stake in their academic program, and create degrees, with faculty mentors, that are personal, valuable, and rigorous.

I am honored to have been part of such an extraordinary team, and to have interacted with committed faculty, administrators and students, who have all made my journey, in spite of its meandering and sometimes precarious paths, always an interesting, satisfying and memorable experience. May CUNY BA continue to thrive for another half century and beyond!

For any member of the CUNY BA community who may want to share congratulatory remarks or a message of appreciation for Dr. Hartswick, please visit the Kudoboard set up by CUNY BA staff.