The City University of New York was established by an act of the State Legislature in 1961 and thereafter the University was authorized to award the degree of Doctor of Philosophy. In 1969, the Board of Higher Education recommended that the University Graduate Division operate those masters degree programs in which enrollment was not sufficient to justify their operation at individual institutions and hence the University was authorized to award the Master of Arts degree. Soon thereafter, suggestions for the offering of a University bachelor's degree were made by a group of faculty and students who believed that the University's educational program should provide for greater flexibility allowing individual faculty and students to define programs of study as well as permitting horizontal movement of students among the various units of the University.

The Board of Higher Education (B.H.E.) approved, on February 22, 1971, a resolution to authorize the City University of New York to award the Bachelor of Arts Degree in accordance with recommendations made by a special committee known as the Committee on the City University Baccalaureate Degree.

A Faculty Committee, composed of at least three faculty members, for each student was to supervise the intended program of study, and a University Committee was established to coordinate the program and guide its development. The University Committee was composed of five faculty members from different disciplines chosen by the Faculty Senate; five students appointed by the University Student Senate; two presidents of colleges appointed by the Administrative Council; and the Vice-Chancellor for Academic Affairs (or his/her designee).

As of 2008 the generic name "CUNY Baccalaureate Program" changed to a more distinctive one of CUNY Baccalaureate for Unique and Interdisciplinary Studies. There may be a new logo, website, blog, and ad campaign; however, the initial goals and basic procedures of the program have changed little since its founding in 1971. There are now more than 7,000 alumni and hundreds of faculty mentors each year guiding some 600 students in demanding, challenging and individualized programs of study.

CUNYBA strives to maintain the highest standards of integrity, and it is vital that the public be confident of our commitment.  Any appearance of a conflict must be avoided in order to maintain our integrity and credibility.  Accordingly, CUNYBA adheres to the CUNY policies concerning such matters. 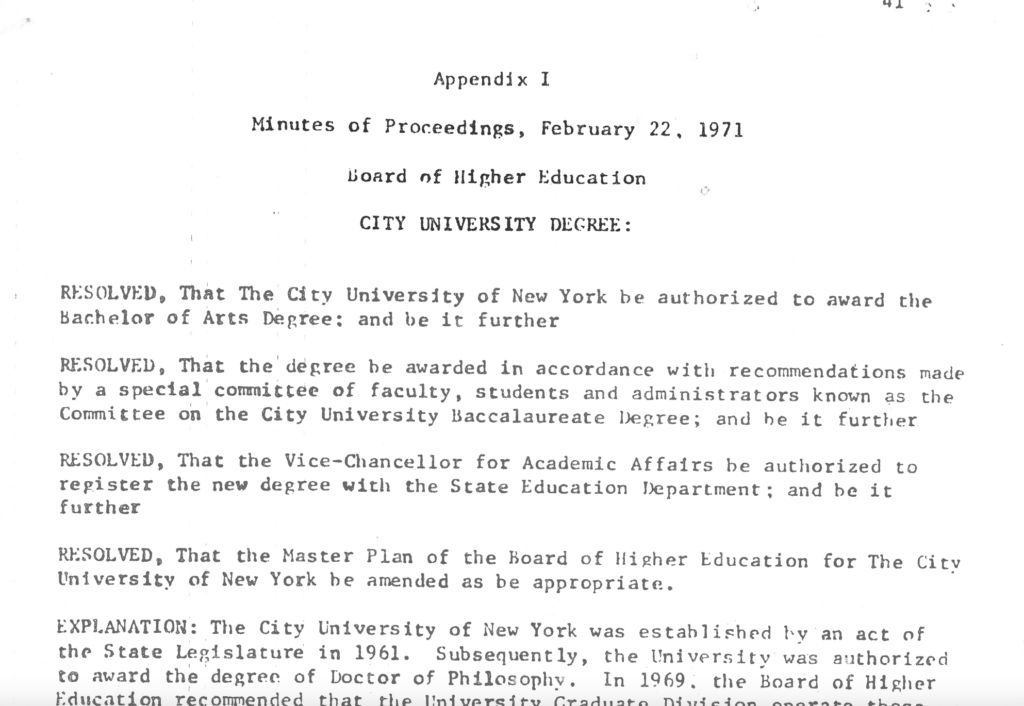 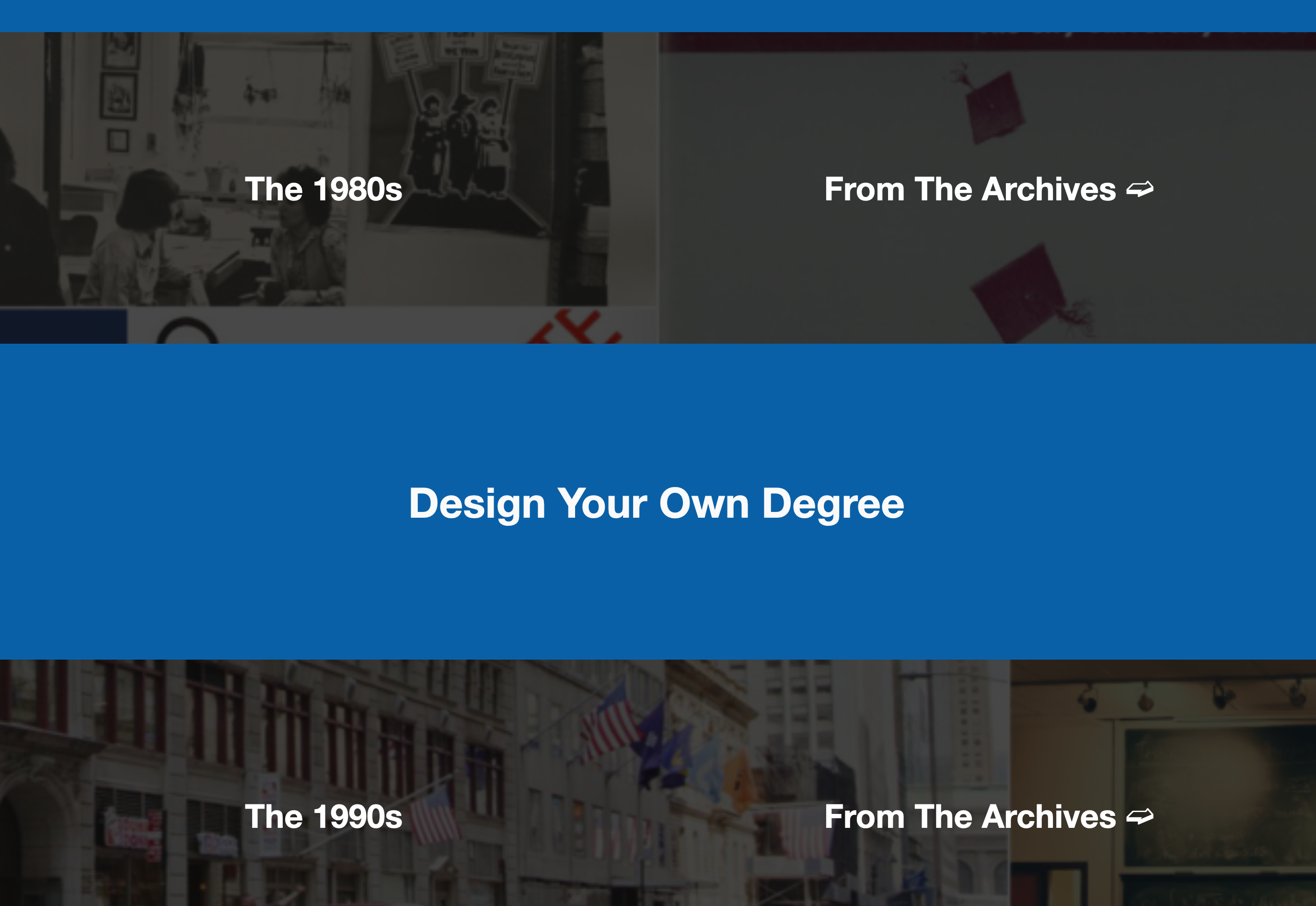 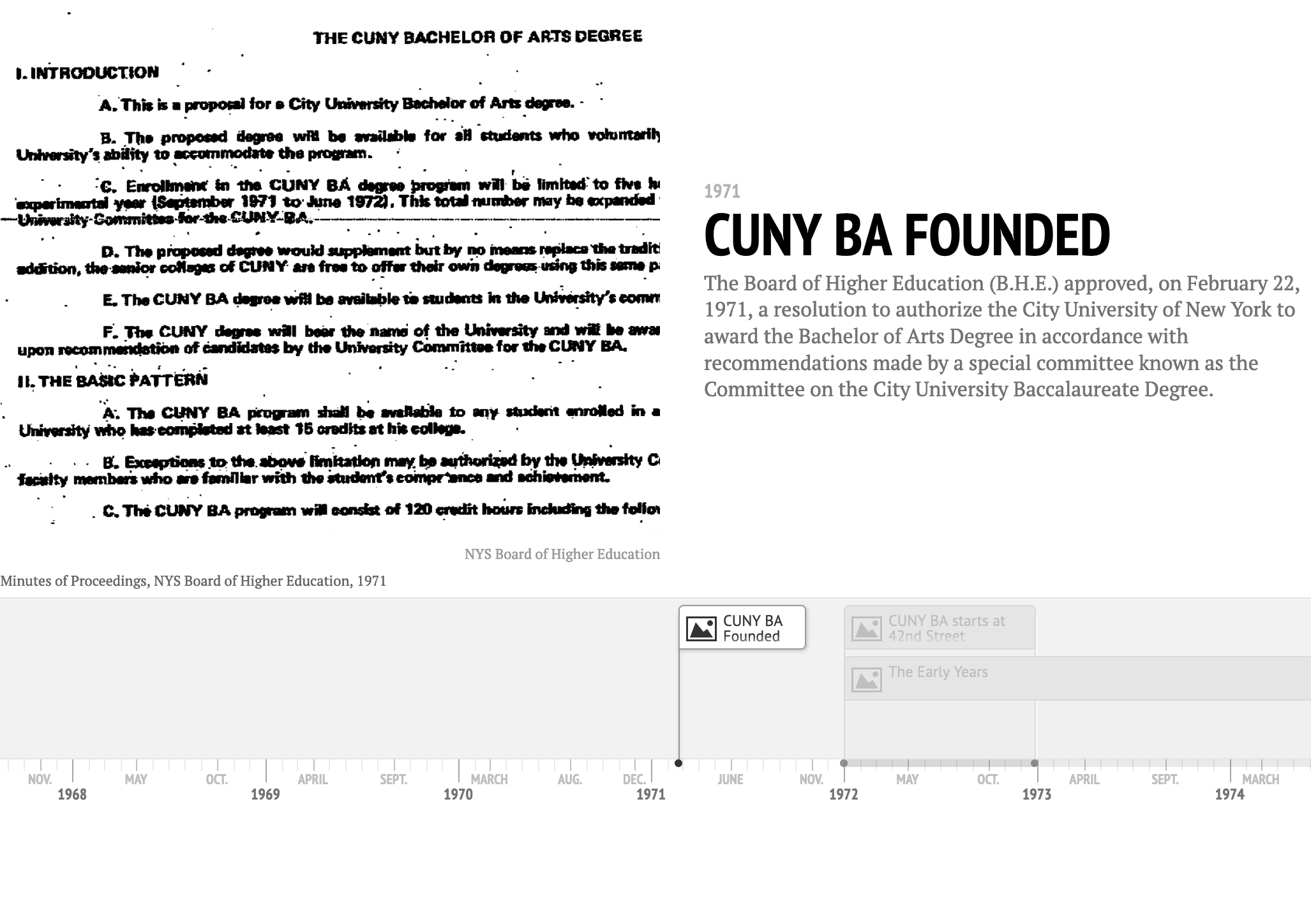 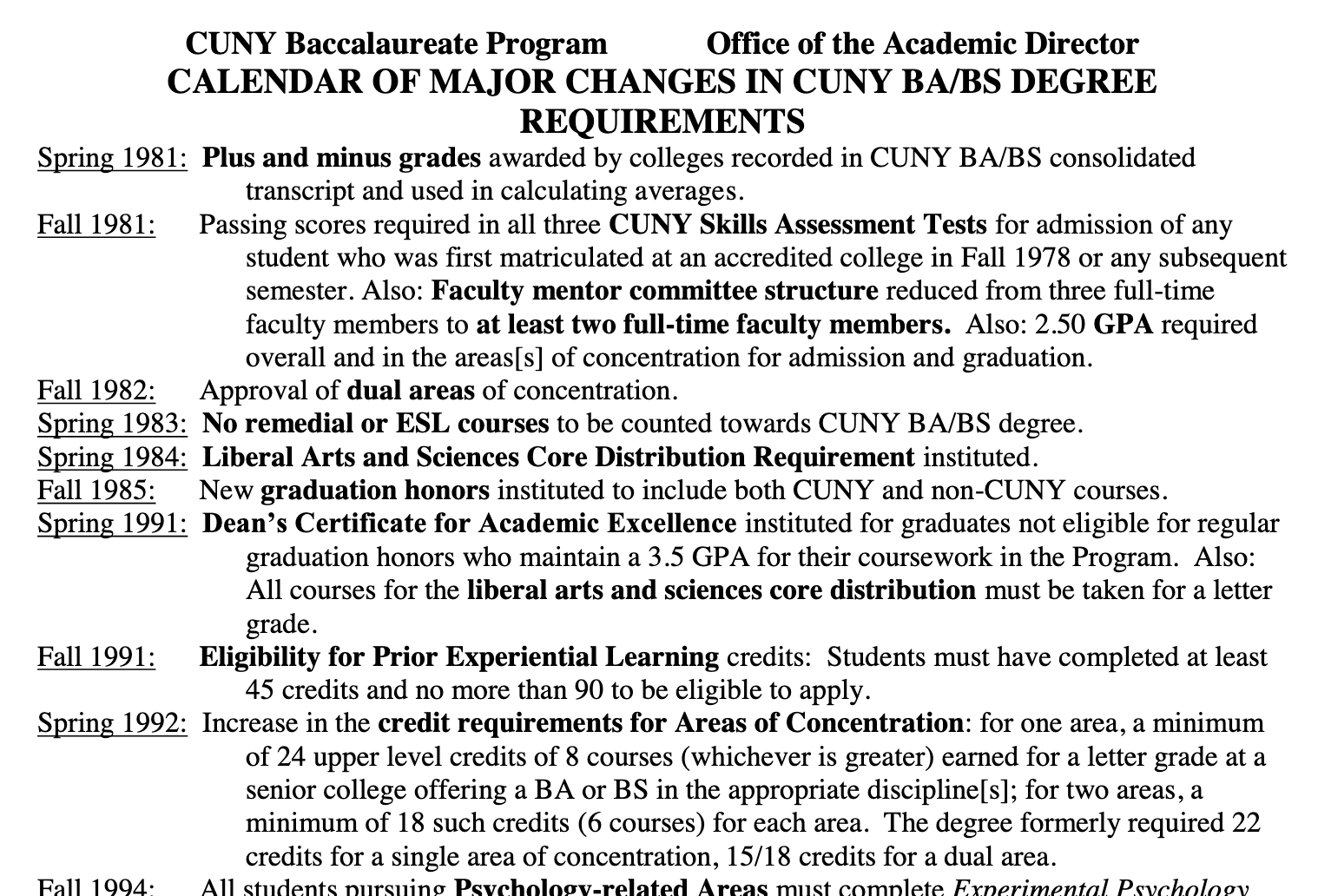